In April 2006, Dirty Pretty Things recorded a set of five acoustic songs, including a cover of "Panic Attack", originally by The Paddingtons, which were then made available for fans to download exclusively via music downloading website Napster, for a charge of 79p per song. Because of legal reasons the files were not available for fans outside of the UK. Later on in the year, Libertines Media site The Albion Arks uploaded all five tracks for fans to download for free, stating that the songs should not be downloaded if users lived in the UK and had access to them on Napster, and that the files would be taken down if the site was contacted by Napster.

In 2008, a further four tracks were added to Napster for fans to download that were tagged as both [Engine Room Version] and [Napster Session]. Among these four new tracks was a cover version of the 1965 Bob Dylan song, Subterranean Homesick Blues.

The Napster sessions have sometimes been criticized by fans, and they have called Dirty Pretty Things sell-outs for charging money for an acoustic session, as The Libertines used to regularly upload acoustic tracks onto the internet for free. 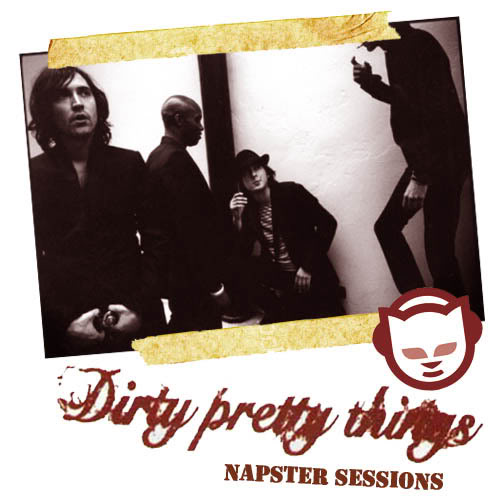