One Eye on the Banquet [Yeti]

One Eye on the Banquet is the name of a limited edition EP released by Yeti, a band fronted by former Libertines bass player John Hassall. One Eye on the Banquet EP was released on 30/10/06 and was the first release in over a year by Yeti, since their single "Keep Pushin' On" in August 2005. This break was mainly due to a lengthy legal battle with crooked management.

The 7" version of the EP features 4 tracks, while the CD version features 5, the extra track being "Insect-Eating Man". The first four tracks were produced by Craig Silvey (who also worked with Yeti on their newest release "The Legend of Yeti Gonzales"), and the final track is produced by Justin Saban. The artwork for the release was designed by the band, and the front cover image is a photo of a silver brooch "I Can See You" by Giedymin Jablonski - courtesy of the artist. 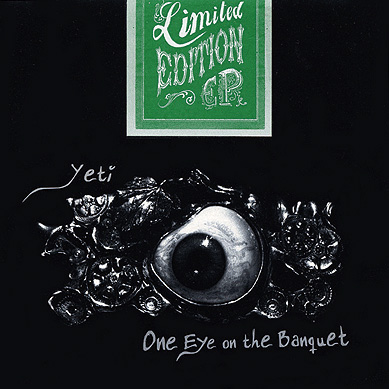