Carnegie Hall was rocked out by Carl and many guests. Kicking off with 9 Lives, Carl strummed through a Libertines and DPT filled set, with threads of new material inbetween, before a rousing finale of Don't Look Back Into The Sun, Can't Stand Me Now, Time For Heroes and Bang Bang You're Dead.

He played the first couple of songs alone, adding after the France solo: "It doesn't sound right without Pete". Band joined him for the rest of the set: Drew McConnell (Bass), Anthony Rossomondo (Guitar) Scottish Drummer guy, Two gals on strings. 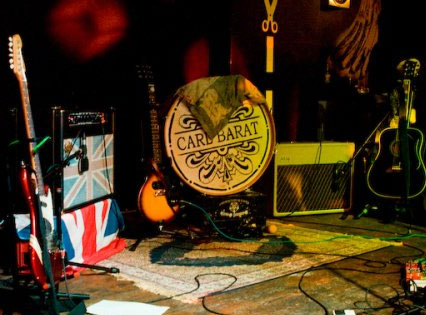