Romance at Short Notice is the second album by Dirty Pretty Things. Produced by Ben Wood (track 5), Dirty Pretty Things (tracks 5 and 11), Graeme Stewart (track 3), Nik Leman (tracks 1-2, 4, 6-10, 12) and Mike "Spike" Drake, it was released in the UK on June 30, 2008. The first single, Tired of England, was released on June 23, 2008[3]. The title of the album is a reference to the final line of the Saki short story "The Open Window". Album artwork is by photographer Roger Sargent and Dirty Pretty Things.

The album was recorded in Los Angeles, California, and London. Carl Barat and Anthony Rossomando later stated that the writing, recording, and production process had been fraught with difficulties, tensions between band members, and liberal drug use.

The album entered the UK chart at a disappointing 35 and only spent 1 week inside the top 40. 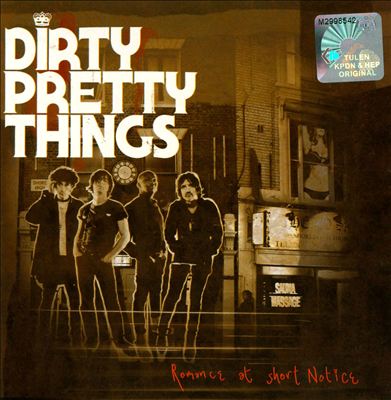