Peter Doherty's "Work in Progress" are rough acoustic recordings of known and unknown songs in early stages that have been recorded between 2004 and 2012 by Peter Doherty and Paul Ro in Peter's flat in Paris, Paul's flat in Whitechapel and Kate Moss her house in Gloucestershire. Songs are in non chronological year order. 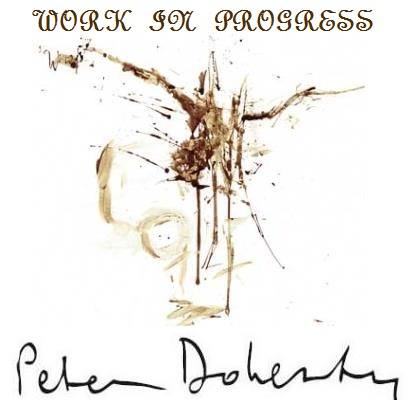