For Lovers is the debut single by Peter Wolfe and Peter Doherty. It was produced by Jake Fior and released on 12th April 2004 on ROUGH TRADE. It reached number 7 in the UK singles chart, higher than any Libertines song had until then.

The B-side, Back From The Dead, also features Carl on guitar and vocals. 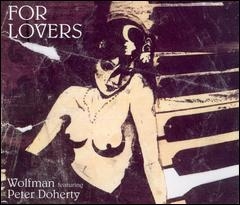