Dont' Look Back Into the Sun [The Libertines]

Don't Look Back into the Sun is the fourth single released by The Libertines. It was released as a single only, therefore not appearing on any albums.

There is also the Japan-only 7 track EP released by The Libertines in September 2003. It is a multi-media CD released containing the video to " I Get Along" as the eighth track listing. The version of "Don't Look Back into the Sun" was one second longer than the single release, and "Death on the Stairs" is an alternative recording to the one released on Up The Bracket . There is a second version of this EP, rare record called Don't Look Back Into The Sun with 5 others tracks and which is a compilation of the two singles released in August 2003. 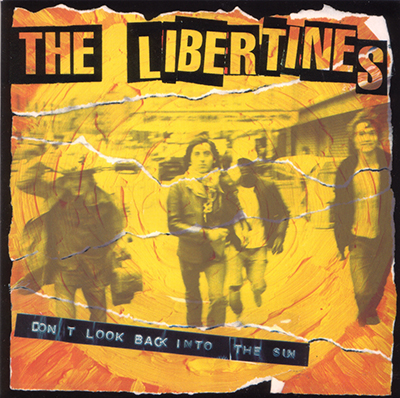