Im sorry Im late, but Ive got a blinding excuse, he joked. I, er, my escort died of an overdose. No, erm, I broke my crucifix, thats it! He then played human beatbox and soundchecked by playing Out on the Weekend by Neil Young. Peter interacted with fans a great deal during the gig, stepping from the stage to chat, take song requests and pose for photos throughout the night. He took four breaks during the gig to allow fans to have cigarettes outside.
After playing The Ballad Of Grimaldi, Peter hauled a fan up onstage and had a pop at him about chatting through the set.
Do you wanna hear some tunes? he asked the fan, who replied, yeah, I wanna hear some tunes from you.
Peter replied by saying, well, all I hear is you talking about some bird!, prompting laughter from the audience.
Later in the set, after covering Whos Got The Crack? by The Moldy Peaches, Doherty discussed Dirty Pretty Things  the band his former Libertines bandmates Carl Barat and Gary Powell are currently in.
Ive tried to go and see Dirty Pretty Things twice, he said, but I got nicked on the way to both. Id like to dedicate this song to Carlos Barat. He then played Youre My Waterloo.
Later in the set, Doherty was joined onstage by Wass, who played harmonica, and keyboardist Peter De Havilland, who aided the singer/guitarist in playing songs including Back From The Dead and UnBilotitled.
He ended the gig at 3:15am by playing Babyshambles Carry On Up The Morning before being driven back to his Wiltshire home.

Note* With 3hours and a half this must be Peter's longest concert ever! 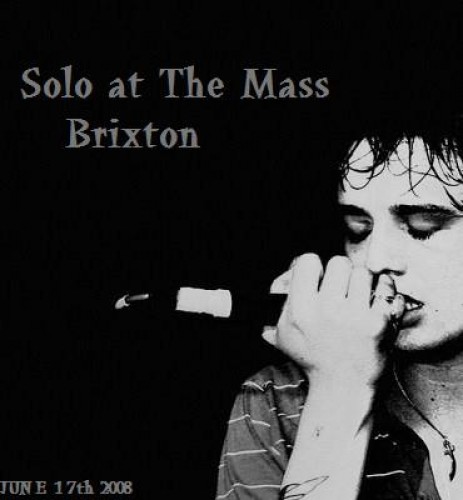