Piss Me Off (At the Rhythm Factory) [The Libertines]

On the 14th April 2004, The Libertines performed at the infamous Rhythm Factory in London, England, to celebrate the second birthday of .org forum; a forum where both Doherty and Barat used to post. A bootleg of this gig was made and Doherty asked for it to be uploaded onto the internet at babyshambles.com, free of charge to fans. The bootleg was dubbed The Piss me off session and features The Libertines playing with Peter Perrett (Snr), from The Only Ones.

Perrett joined the band on stage for a version of their single Don't Look Back Into The Sun and also for a cover of the Only Ones song, Another Girl, Another Planet. Earlier that week, he produced material with Doherty's side project, Babyshambles, in which both of his sons Peter Perrett Jr and Jamie Perrett were members.

"Another Girl, Another Planet" from this gig was also later released on the Rhythm Factory's 'Bring Your Own Poison' compilation. 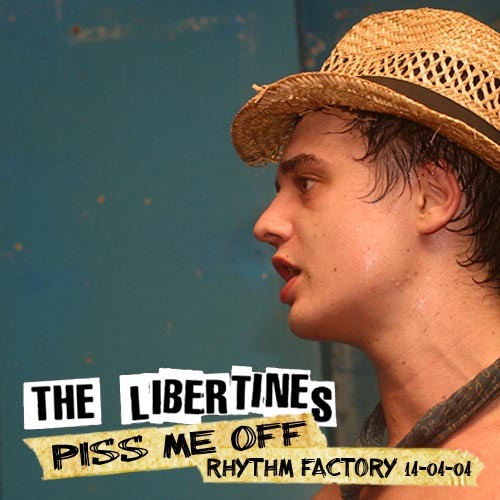