The Shaken and Withdrawn Megamix are a set of Demos that was released by Peter Doherty, shortly after he was kicked out of The Libertines. At the time it was released, The Libertines had split up, and Babyshambles had only released their first single. This set of demos was uploaded to the official Babyshambles website as a .torrent file, tracked by Andrew Kendall. The session was the first time that many tracks had been properly recorded, "The Ballad of Grimaldi", for example.

Although the Shaken and Withdrawn Megamix is sometimes uploaded with 2 disks worth of tracks, the second disk is usually split into a different session known as Untitled. Later on, a fan would take the best tracks from Shaken and Withdrawn Megamix and Untitled, and make them into a new session he called "The Freewheelin' Pete Doherty". The fan who made "The Freewheelin' Pete Doherty" said; "My goal was to create a genuine Pete Doherty folk record. I think it turned out pretty well." This session was originally uploaded to Timeforheroes.net. 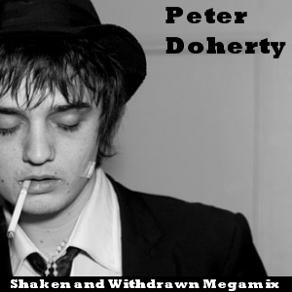