In April 2004 (soon after the release of Babyshambles' debut single, "Babyshambles"), Peter Doherty and Babyshambles recorded three studio tracks, with Peter Perrett from The Only Ones producing. These tracks became known as the Diamond Liner sessions.

Shortly after recording the Diamond Liner sessions, Doherty wrote on Babyshambles.com forums: "having been presented with the 'honour' of accompanying dearest Pete on a fragmented forray into the enticing environs of his recording studio I can report that we both emerged with our brains intact & satisfactory 'work' was done".

Although the tracks were recorded in 2004, it wasn't until 2006 that fans heard them for the first time. When Andrew Kendall uploaded the content of Doherty's "My Music" folder online in April 2006, it contained a folder called "Unknown Album (18-04-2004 08-09-14)". This folder contained all three tracks recorded with Peter Perrett. 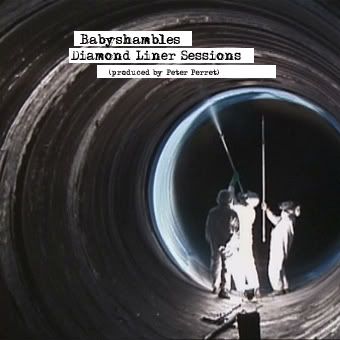