In September 2003, after Peter Doherty was asked to leave The Libertines, for the first time (due to his drug use), he decided to create a new band that he also called "The Libertines"(and would later re-name "Babyshambles"). With his new band "The Libertines", he recorded a set of 9 new demo songs, known as The Chicken Shack Sessions. Although these sessions are sometimes tagged as The Libertines, they were actually recorded by a whole different band to the one that fans know as The Libertines (Doherty/Barat/Powell/Hassall), and because the line-up of Doherty's new project has changed so much since September 2003, it is actually a whole different band to the one we now know as Babyshambles (Doherty/Whitnall/Ficek/McConnell).

The tracks recorded for The Chicken Shack Sessions originated from different places. Pay the Lady and Bucket Shop were both old Libertines demos that never got released. Begging, Campaign of Hate and Don't Look Back Into The Sun would go on to be released by The Libertines (Doherty/Barat/Powell/Hassall). Meanwhile Curtain Call became the Babyshambles song, A'rebours, and the remaining three tracks would go on to be properly recorded by Babyshambles.

The tracks are quite low quality, and mobile phones and people talking in the background can be heard throughout the songs, meaning that the session was probably recorded in someones house, rather than a studio. Also the "Gaks & Enob Mix" ("Skag and Bone Mix", backwards) of the song Curtain Call, is simply a recording of the song, played backwards.
Although "the sailor sessions" were known to have been recorded a while before the Chicken Shack sessions, they were both leaked onto the internet around the same time. Fan artwork has since been made for both sessions. 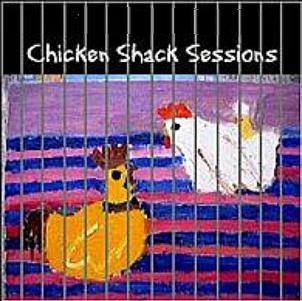