Babyshambles is the first single for Pete Doherty's post-Libertines band of the same name. It was released in May 2004 on High Society Records. The single was limited to 2,000 copies of the CD and 1,000 copies of the 7" vinyl and both can now be found changing hands for more than £100 on internet auction sites such as eBay. It peaked at number #32 on the UK Singles Chart. 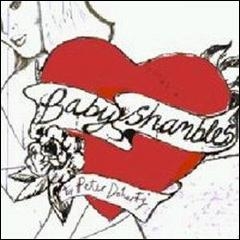