Rough Enough Stuff (also sometimes known as Ruff Stuff Sessions) is a lo-quality session recorded by Peter Doherty and Carl Barat. It is thought that the pair recorded the five tracks in the period between their drummer Paul Dufour leaving The Libertines, and their new drummer Gary Powell joining the band; dating the tracks sometime around late 2000 - 2001. The tracks are very "rough" demos of the songs we know today (hence the name of the session dubbed by fans), and include a drum machine.

Interestingly, the early version of Boys in the Band included in this session contains sections from Skint and Minted, later to be released as a B-side to Don't Look Back Into the Sun. 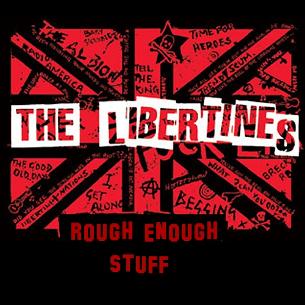