Janie Jones (Also Known As Janie Jones (Strummerville)) is a cover version of The Clash's (which featured Mick Jones, who has worked producing both Babyshambles and Libertines records) song, released by Babyshambles and friends in October 2006. It was released through B-Unique Records to raise money for late Joe Strummer's charity foundation Strummerville and features Babyshambles, Cazals, Dirty Pretty Things , Goodbooks, Guillemots, The Holloways, Jack Penate, Jamie T, Jeremy Warmsley, Kid Harpoon, The Kooks, Ladyfuzz, Larrikin Love, Laura Marling, Light Speed Champ, Lisa Moorish , Macabees, Mystery Jets, Noisettes, The Paddingtons, The Rakes and We Are Scientists. This release marks the first time that Carl Barat and Pete Doherty worked together since The Libertines split up, although they never met during the recording process [1] .

The music video[2] revolves around Janie Jones being chauffeured around London with Mick Jones. Many of the contributors to the song feature in the video. Drew McConnell accompanies Janie Jones from the Windmill theatre right at the beginning as she's getting into her car, Alan Donohoe from The Rakes is driving the car, two members of Cazals are walking down the street near the start and their singer, Phil Bush, mimes 'lucky lady', the two guys standing in front of the telephone box are Josh Hubbard from The Paddingtons and one member of Guillemots; Carl Barat, Anthony Rossomando, Gary Powell and a guitar can be seen in a car pulling up to a petrol station and Lisa Moorish is seen singing along towards the end. 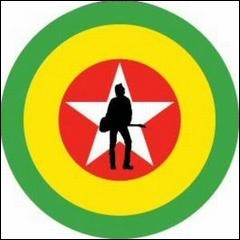