Nothing Comes to Nothing [Babyshambles]

Nothing Comes to Nothing is the first single from Babyshambles' third album, Sequel to the Prequel, produced by Stephen Street. The track, which received its first airplay on Zane Lowe's BBC Radio 1 show on July 8th 2013, was officially released on August 26th, and included on 'Sequel To The Prequel', out on September 2.

The music video for the single, directed by Katia deVidas, includes footage from the band's set at Paris's Place de la République on July 8, during which they performed eight songs including 'Fuck Forever', 'Killamangiro' and of course 'Nothing Comes To Nothing'. 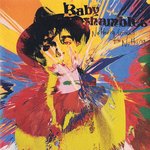