The 77 Demos [The Libertines]

The 77 demos are a set of 5 demo tracks recorded by The Libertines . The story behind how they got their name was posted by "NLP200" on TheLibertines.org.uk forums. "NLP200" was the one who purchased the demos from eBay and leaked them online;

"Ohh sh*t im really sorry about this, ive havnt been reading up on the demos i put out a few months ago. I didnt realise the track tag would come up as well. You are all going to really hate me now, heres the explanation. I named the demos the 77 demos it has nothing to do with the libertines at all (feeling really stupid now) i named them the 77 demos because that is how much i payed for them originally- £77 i just named it that when i burned them onto my pc as a quick reference. Ive just looked at someother posts and AlbionArks!!!!! (Oh Sh*t) and realised they are calling them the 77 demos. Again i am sooooooooooooooo sorry i was so misleading. The demo i bought was a five track CD from the studio (or so claimed) It had the following track listing 1. Tell The King (b-side demo) 2. Death On The Stairs (new recording unreleased) 3. Smashing (obviouly unreleased) 4. Sally Brown (b-side demo) 5. 7 Deadly Sins (b-side demo). When i bought the cd it claimed that all 5 tracks had never been released so you can imagine my nervous feeling when i sat down to listen and realised that I already owned the first song *gulp* this left me thinking that i would have heard them all and the smashing demo was just the rough session version and that i had just payed 77 quid for nothing. You can then imagine it got even worse when listening to the DOTS demo (if you listen to the begining it is almost exactly the same as the start up to the b-side demo version, but luckily it wasnt and then imagine the utter joy when those first blissful riffs from the excellent smashing echoed from my speakers. The B-side demo versions sound exactly the same but just a little less polished. Anyway again im so sorry for being an utter twat by not realising that the tag would have transfered over, please except my apologies and i hope you all enjoyed the demos. thanks"

The demo session is still nicknamed the "77 demos" today. 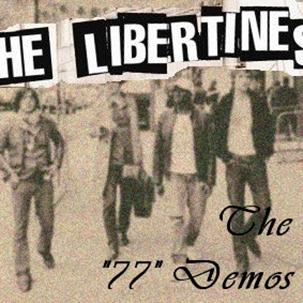