After Books of Albion, was published in 2007, Peter kept an anarchic catalogue of his life, his times and the antics of his vagabond celebrity entourage. As a collection, it is part stream of consciousness and part commentary charting his state of mind during a seven year period as erstwhile frontman, songwriter and lyricist of Babyshambles - the creative vehicle for the bumpy road of his post-Libertines career.

From Albion to Shangri-La is an unapologetic account by the misfiring romantic poet that is Peter in full flow during the stuttering fame of his hedonistic, celebrity-fuelled lifestyle. This collection of uncensored words, accounts, thoughts and sub-conscious reflections from Doherty follows in the tradition of dangerous books by the likes of William Burroughs, Charles Bukowski, Alex Trocchi... all hailed now as great writers, yet back in the day their early titles courted an atmosphere of disapproval. Who would have thought accounts of junkies, thieves, sparring lovers and the forbidden rituals of a city would become a defining literary expression of a social era? The contents of Dohertys journals have much in common with these works: the ebb and flow of consciousness; the (often narcotic) dream states and confessional meanderings; the incisive analytical observation; the vivid sex scenes; the beautiful prose-poetry; and last, but not least the alarming misadventures of an artist in full confession.


Peter at the book signing

Nina Antonia is an English music journalist and author. She has written articles and books about Johnny Thunders, the New York Dolls, The Only Ones and a glam memoir entitled 'The Prettiest Star'. She has also contributed to Classic Rock, Mojo & Uncut as well penning liner notes for a variety of artists including Lou Reed, Nico, The Stooges, Vince Taylor, Link Wray and Wanda Jackson.
We had a interview with Nina about her new Book with Peter 'From Albion to Shangri-La'.

Hi Nina! Lets Begin at the Beginning!
When did you get the idea for the book and how did started writing it?

N- The origins of From Albion to Shangri-La where planted years ago, from a time even before the Libertines had a name. Peter & Carl Barat where performing at a poetry event at the Riverside in Hammersmith and I brought along a copy of my New York Dolls book, Too Much Too Soon. Im not even sure why, it just felt like I should. Sometimes not all roads have signposts. The first time I actually discussed writing with Peter was over seven years ago, when he was still living in Sturmey; he was looking out of the window, in half-shadow. Its been a very gradual process but it wasnt until last summer that he gave me access to his journals. I lugged them back from Camden in a 1950s cardboard suitcase. There never really was a precise plan, it just evolved. What does Albion mean to you?

N- My interpretation would be a place of perfect freedom, uncorrupted by the material, where nature and humankind are in union, a pagan idyll where Pans pipes are still audible. Peter discusses this further in the interview at the end of the book.

Can you explain the title From Albion to Shangri-La?

N- As well as continuing the theme of mystical places, it was a good way of differentiating between The Books of Albion and this new tome. (Shangri-La has become synonymous with any earthly paradise nvdr.)

N- From Albion to Shangri-La covers the years 2008  2013. Its also a more personal book in a way; Peter is wonderful with words and his descriptions are quite magical and very unique but with the new journals, I felt his observations had got lost in all the illustrations and the late night meanderings; The Poet in his tipsy hour as Coleridge described it. Initially, he asked me if I would transcribe his diaries and the new book is what came out of that. Its a semi auto-biographical stream of consciousness. If you want to know how the lads mind works, the genius and the chaos, then this is the book for you. It also reminds us that his first love was poetry. Hes not an artist that should be strait-jacketed by conventional forms of expression. The Kindle version has more of Peters illustrations in it but the paperback, which is published via Thin Man Press on July 1st, is in the style of a Rimbaud pocket book, for reading and lounging at ease.

Back in the days; How did you start writing books about the New York Dolls and Peter Perrett & The Only Ones?

N- I left school when I was 15 with a head full of dreams and not much else. I just always loved music and literature and have always written about the artists who I found to be inspiring. Everyone Ive written about has gone against the grain and refused to compromise their art. Ive also contributed to Mojo, Uncut & Classic Rock over the years but thats been more off than on.

Your best known book is probably Johnny Thunders  In Cold Blood, which you wrote back in 1987. Whats happened to RnR history since then?

N  Of all my work, Johnny Thunders  In Cold Blood is the book that has most interested Peter. He liked the idea that Johnnys followers were almost a secret society and it was like a code you had to learn rather than it being easily accessible. Rock n Roll has changed so very much since 1987, it was always an industry but there was much more scope for freedom and authenticity. There were a myriad of independent labels and venues. 02 Academies are a joyless affair arent they? Empathetic environments are important to the alchemy of a great gig. I still baulk when I see credit card companies with their names and products all over festivals. You cant buy cool even if thats what marketing companies attempt to do. What happened to Glastonbury, when did it become a million pound grossing cabaret show? Peter has maintained his authenticity and vision which is one of the reasons why I respect him as an artist.

What is the main difference between Albion to Shangri-La and the other books youve written?

N- From Albion to Shangri-La is principally Peters book, selected from his diaries, which I transcribed and edited whereas the other books Ive done are straight forward biographies. The publisher, Thin Man Press, likened From Albion to Shangri-La to The Third Mind which is a literary collaboration between William S Burroughs and Brion Gysin.

We heard you gonna star next to Peter Doherty and Jerome Alexandre in the movie
'The Second Coming' from Richard Wolstencrofts.. How did that go?

N- There wasnt a script but its based on the poem The Second Coming by W.B Yeats. Things fall apart, the centre cannot hold. Are we the horsemen of the apocalypse or simply slouching to Bethlehem? Youll have to wait and see!! Even I dont know. Its done in the style of a portmanteau where all the different sequences eventually tie up. Richard is considered to be Australias answer to Quentin Tarantino, but thats putting it mildly.

Do you like acting more than writing as you also appeared in the movie New York Doll as well as the more recent Looking For Johnny.

N- New York Doll & Looking For Johnny are both documentaries, whereas The Second Coming is the first chance I got to try acting but its all a performance. However, writing will always be my first craft; that film has entered into the equation has been by coincidence rather than design.

Last question  Is Peter Doherty the last of the proper Rock Stars? 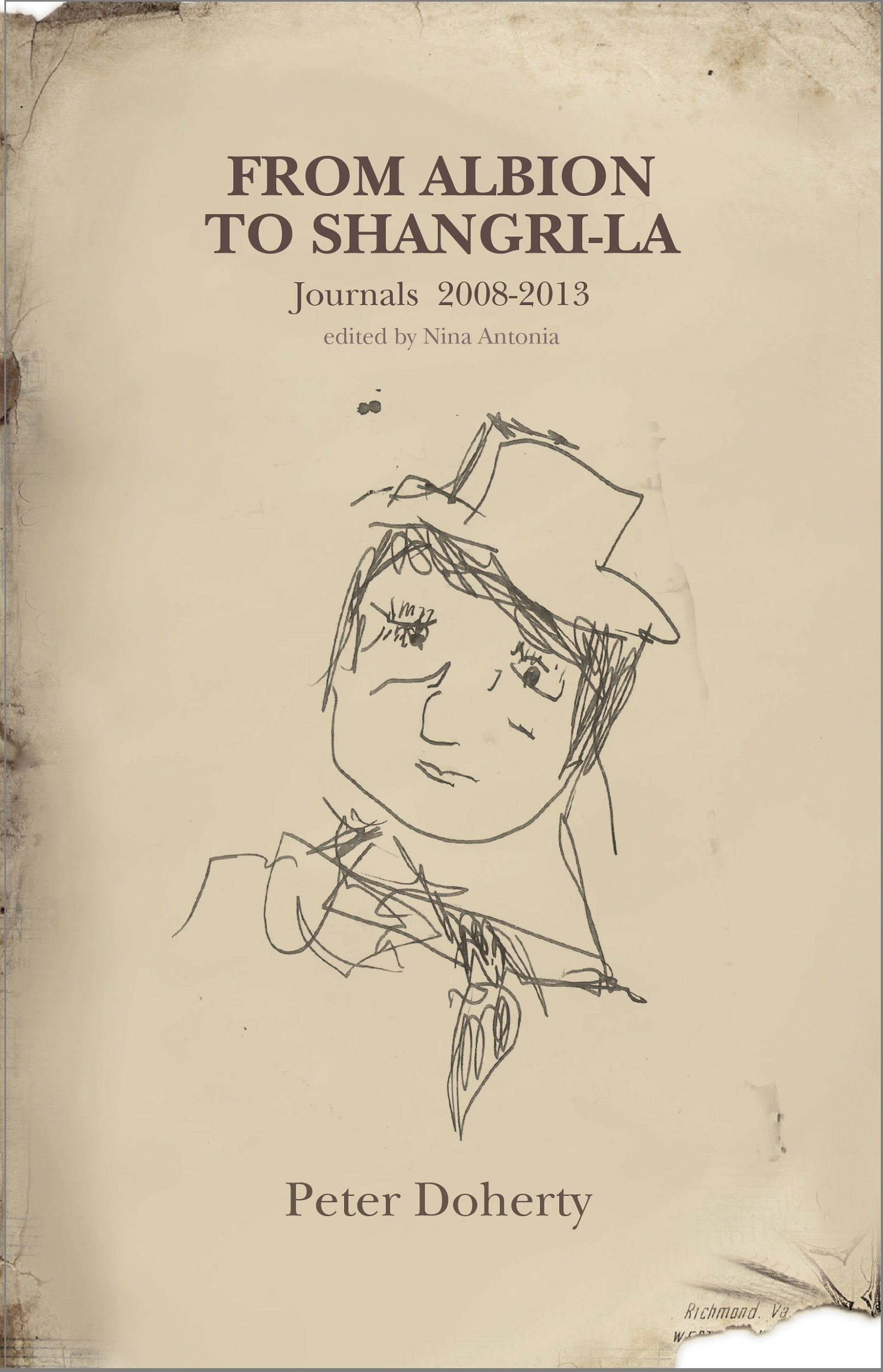 BuyBuy the book at thinmanpress.com with a 30% discount here