EP1 is the provisional title for the upcoming acoustic EP, due to be released by Adam Ficek. It is the first release under his own name, following two albums and an EP with Babyshambles, and four albums and an EP under the "Roses Kings Castles" name, which began as a side project.

The album is available to order on pledge - with options including digital, CD and vinyl copies, and due to be released "Winter 2016".

As well as releasing the artwork to his newsletter subscribers, a number of tracks have been made available for free download, in order to promote the EP. These are:
- Folk Song
- Bletchley Park
- Pretty Sue
- Mother's Pride
- French Paul
- You alone a mess (Cassette)
- Senses bomb (cassette)
- Inner Love in outer space (cassette)
- I Killed you (cassette)
- Sit down (cassette)
- Follow me to work (cassette) 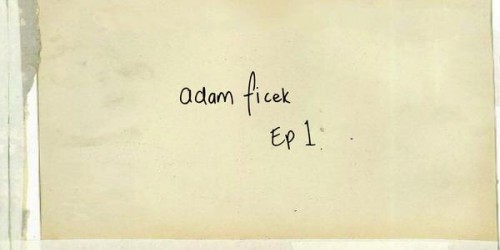