Carl Barat is the self-titled debut solo album of Carl Barat. It was released 4 October 2010 by Arcady Records along with its first single Run with the Boys.

Run With The Boys was made available on Barat's official website for streaming, 2 weeks before the album's official release.
Its release was timed to coincide with Barât's memoirs, titled Threepenny Memoirs 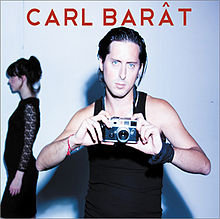