What a Waster [The Libertines]

What a Waster was the first single released by The Libertines in June 2002, as a double A side along with I Get Along. The track is credited to Peter Doherty and Carl Barat, and was produced by Bernard Butler. In spite of receiving little airplay due to its unyielding profanity, the song still made it into the UK Top 40 Singles chart at number 37. 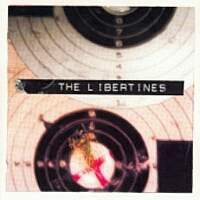