David Jonathan Hammond (born 19 July 1981), better known as Didz Hammond, is an English bassist. He was the bassist and backing vocalist in The Cooper Temple Clause (while also occasionally playing other instruments), and in Carl Barât's Dirty Pretty Things. The band's second album, Romance At Short Notice, saw Hammond taking on more vocal duties within the band, for example contributing all the vocals on the ballad "The North". He is also the bass player in Brett Anderson's live electric band. Before music, Didz made his trade as a stand up comedian in Reading.
In 2002, Hammond was named "34th coolest person in the world" by NME. He usually plays a yellow and black Fender Precision Bass and a red Burns Bison bass, but also has two semi-acoustic Epiphone basses, one in yellow and black sunburst, and a pink banjo, the other in red and black. He is also fond of acoustic basses, of which he has two - one with a natural finish, the other with a black gloss. Both are Epiphones. 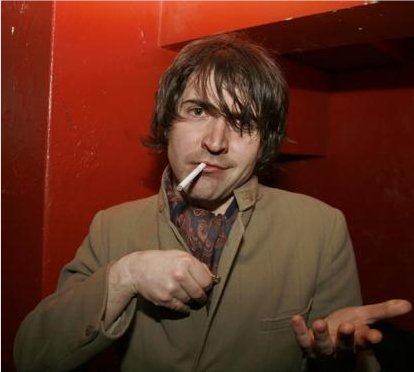