The Whole World Is Our Playground [Peter Doherty]

The Whole World Is Our Playground is the first single from Peter Doherty's second solo effort, released in April 2016 for Record Store Day 2016.

On April 16th 2016 the German independent record label Clouds Hill released a split double A side 12", as part of the worldwide 'Record Store Day'. The release features UK artists Peter Doherty and James Johnston and is limited to 1,200 units worldwide.

Seven years after his debut solo album, "Grace / Wastelands" in 2009, the Libertines frontman Peter Doherty is due to release his second solo album in the autumn of 2016 through Clouds Hill. Gallon Drunk's frontman, as well as guitarist for PJ Harvey, James Johnston will also release his long awaited debut solo album also through Clouds Hill later this year. Both live recordings from Peter Doherty as well James Johnston were recorded at the Clouds Hill Festival in December 2015.

Words from the producer Johann Scheerer:

"2 years !
Two years ago Peter and I started working on his upcoming solo record. We went through ups and downs and finally here it is. The first track !
Recorded live to 8 Track 2" magnetic tape !
Thank you to Sonja Glass for playing the bass, Sebastian Nagel for his guitar skills, Tim Schierenbeck for his fabulous drumming, AshRah Temple for an additional Schellenkranz and Albrecht Schrader for his performance on the prepared piano which sound like a banjo.
I am really looking forward to the first "real" single and the whole album. (to be released later this year through Clouds Hill !)
We´ve still got a long way to go but it´ll be fun.
Thank you Pete Doherty and congratulations !!" 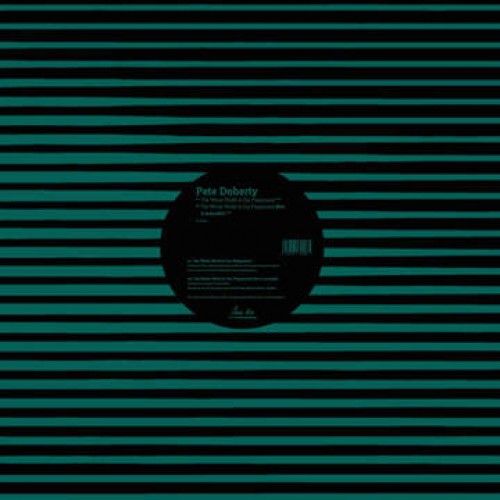