Paul "Ro" Roundhill (born 25 March 1955 in London), is an English artist and writer based in the East End of London, England. He is best known for his association with musician Peter Doherty, acting as his self-styled literary agent and previously running Doherty's website Bhalasada.com (bhala sada is Bengali for "good white" which is allusive to crack cocaine), which was closed by Doherty in May 2006.

Roundhill developed a relationship with Doherty in the early days of The Libertines. Paul appears for 4 seconds in the Babyshambles music video for song "The Blinding".

Roundhill is also known for his association with young artists/writers/musicians in and around the London area; notably, Wolfman, General Santana and Adam Ward. His YouTube channel "professorro" is known to feature Doherty and other friends.

Mark Blanco
Mark Blanco, a 30 year-old actor, died after plunging 11 feet to his death from a first floor balcony outside Roundhill's flat in east London after being ejected from a party by Roundhill. Blanco, who had been drinking, had allegedly become physically aggressive towards Doherty, a fellow guest. During the altercation before he was ejected, Roundhill, who had been smoking crack cocaine and took Blanco's hat off and set it alight, allegedly in an attempt to distract him away from the singer. Doherty and Roundhill were interviewed by police, and neither were considered suspects in Blanco's death. More recent findings indicate that Blanco may have been pushed from the balcony, and his family is attempting to get the police to investigate the case again. Singer/songwriter Paul Cunniffe also died in a fall from Roundhill's flat in August 2001. Roundhill claims to have no memory of that incident.

Roundhills flat in Rampart St, Whitechapel was subject to an arson attack in mid 2008.

Drugs
Boy George wrote of Roundhill in his autobiography Take It Like A Man: That night I made a lethal connection with Paul Cod [Georges name for Roundhill]  a pond-life dealer and junkie.

In 2006 Roundhill was convicted of possessing Class A drugs as a result of the investigation of pictures published in the Daily Mirror of Kate Moss apparently snorting cocaine. He pleaded guilty to the offence and received a 12-month conditional discharge. He was recently living at a Salvation Army rehab centre by Canary Wharf but after relapsing several times he was asked to leave by the centre management. 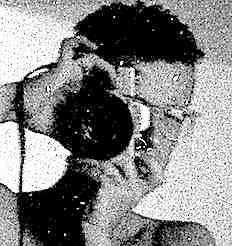