John Cory Hassall (born 17 February 1981, London, England) is the bassist for The Libertines. He now also sings and plays bass with his own band, Yeti. He has been described by Dirty Pretty Things bassist Didz Hammond as "...a fucking class bass player. Top grade. Top drawer."

Hassall was inspired to play music when he rummaged through his parent's record collection and found a copy of the The Beatles' "Revolver". He has said that when he discovered the Beatles at age 13 was the first time he fell in love. He went on to buy their entire discography in chronological order, roughly two per year. He claims that if it weren't for The Beatles, he wouldn't be playing music today; their records made him pick up the guitar. It is clear that many of John's own songs in both The Libertines and Yeti were inspired by The Beatles.

While at Highgate School, where he attended lessons with Johnny Borrell (also previously in The Libertines, yet not at the same time), John joined a band and ended up playing bass. John himself has stated that he prefers playing the bass to the guitar as he finds it to be a more "meaty" instrument. He played in various bands for a few years, but none of them worked out until he met Peter Doherty. Doherty and Carl Barat had already founded The Libertines, but were in need of a bassist and drummer. It is said that Doherty was intrigued by Hassall not only for his talent but because he had 'proper' equipment (such as a Rickenbacker bass and decent amps). To play the drums on their first recording session, the trio hired Paul Dufour, with whom Hassall became close friends. The complete Libertines formation played various London gigs over a 2-year period, but during the middle of 2001 Paul Dufour left for financial reasons and Hassall left the band to go to college. He was hired to rejoin them on bass when they were signed by ROUGH TRADE in December 2001. As the Libertines were signed under "Doherty and Barat", Hassall subsequently played a much smaller part in the band. For example, whereas he had previously appeared on vocals on his own songs such as Sister Sister, these were scrapped and Hassall would no longer appear on vocals. He continued to play with the band until they disbanded at the end of 2004, and reunited with them in 2010 to play the Leeds & Reading festivals.

In 2004, Hassall formed his new band Yeti. Hassall met Brendan Kersey, Andrew Deian and Mark Underwood (formerly Harmony Williams) through mutual friends, and the line-up of Yeti was completed when drummer Graham Blacow responded to a classified ad. Their debut single, Never Lose Your Sense of Wonder was released in March 2005 and reached number 36 in the British charts after reaching number 25 in the midweek charts. The band have completed a 30 date UK tour with tour mates London band "The Foxes" to promote their UK debut LP, The Legend of Yeti Gonzales. This debut album features the track Sister Sister, the track that Hassall had recorded with The Libertines (for Legs XI) eight years previous to releasing it with Yeti.

In 2009, Hassall emigrated to Denmark, where he currently lives with his wife and first child, who was born in early 2010. In 2010, when it was announced that The Libertines were reforming, Hassall said that The Libertines and his newer band Yeti would co-exist and sees it as an opportunity for the bands to "feed off of each other", though Yeti have been largely inactive since 2008. In 2014, John unveiled his new band, The April Rainers, based in Aarhus, Denmark. 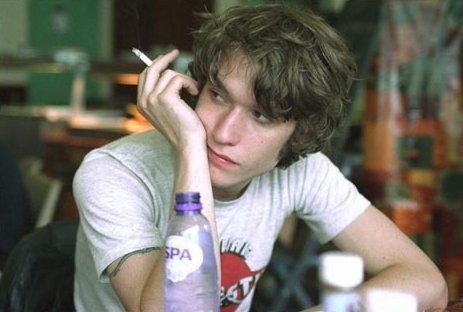