Back on the Bus [Babyshambles]

In August 2006, it was revealed that Babyshambles were set to release new compilation album, Back to the Bus. The album would include one track by the band, accompanied by 15 of the band's favourite tracks by other artists. The final track included an interview with the band.

The announcement was published by the NME on the 17th of August 2006. NME's announcement erroneously suggested that the only Babyshambles track on the album (claimed to be What Katie Did Next) would be exclusive to Back to the Bus. However, when the CD was released, fans discovered it was actually the same version of What Katie Did that had previously been released as a B-side to Babyshambles' first self-titled single.

The album was releast 4th of September 2006. 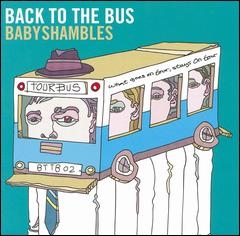