Can't Stand Me Now [The Libertines]

"Can't Stand Me Now" is the first single from The Libertines' second album. The song was their biggest hit and peaked at #2 on the UK singles chart.

The song was featured in the third episode of the Doctor Who spin-off Torchwood, "Ghost Machine", in 2006. It is featured in the EA Sports game Rugby 2005. It also features on the UK version of SingStar Vol. 2. 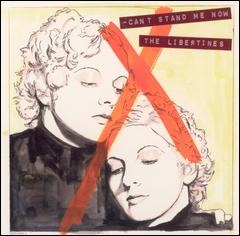