British Plastic is the third album by Roses Kings Castles, released November 2011, on The Sycamore Club label. It contains 11 tracks (all written by Adam Ficek).

Ficek played all instruments except for guitar which was played by ex-White Sport and ex-Babyshambles member, Patrick Walden.

Reviews include;
"The album was recorded solely in Ficeks makeshift home studio and I guess critics could claim a naivety and at times an undefined sound on the production but one would argue this adds to the instinctive and personal feel that a polished big studio treatment would have lost. The accompanying bio to the album comments that British Plastic is an aural scuffle between The Buzzcocks and The Beta Bands resurgent hero Steve Mason which is a very apt declaration especially on songs like I Cant Say which has a distinct Pete Shelley flavour to the melodies against the mesmeric electronics and pulses. There is much more to the music here though, many classic bands and sounds fused into modern touches and additives. This song epitomises everything that is British Plastic, its electronic pop recalling bands like early Depeche Mode, The Normal and especially The The, blending with the DIY of bands like The Television Personalities and the disquiet from the likes of The Strokes.

The tracks within British Plastic are varied with the only inconsistency coming from the best songs on the album being so good they show up the slightly weaker ones. Opener These Are The Days is a perfect start to the release, its pop tendencies and open sounds the perfect invitation into the albums unique qualities. The song reminded of 80s band King Trigger with its electronic flowing sounds surrounding natural melodies and rhythms; the bass is pretty tasty too.

The song Here Comes The Summer has already garnered attention and airplay with its fuzzed up sounds, urgency and The Cure like pop laced with a grittier approach and completes a strong awkward pop beginning to the album. The first single from the album Kittens Become Cats follows next. A more subdued and soulful song but no less intriguing and satisfying though maybe a surprising choice as lead track to draw people in as good as it is.

Many highlights follow, the punk vibe of People And Places, the scuzzy air of Seeds Of Moscow, and the pulsating discordant experimental delights of Tapping all play easily and with enterprise upon the ear. It is the quick fire incessant post punk drive of Cockroach that takes the top dog award on the album. With essences of 80s bands The Three Johns, Swell Maps and Wire mixed in with some The Mae Shi and The Pixies, the track is a wonderful hypnotic inflamed blast at life.

Fuelled by a feeling of anger and distrust the album is a thrilling and expressive release that shows real music does not need to be polished beyond recognition to be very satisfying and stunningly effective. The more one listens the deeper the attraction and love affair with British Plastic and RKC." 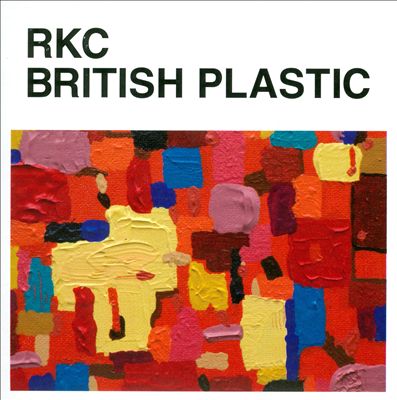