The French Sessions [The Libertines]

The French sessions are a set of four tracks, that were recorded by The Libertines and French musicians, in France, in January 2003.

It is rumoured that The Libertines recorded the new songs without telling their record label, ROUGH TRADE, and they were angry with the band, especially when they decided to give The French sessions away for free.

No artwork for The French sessions was officially designed, however, fan-artwork has since been created. 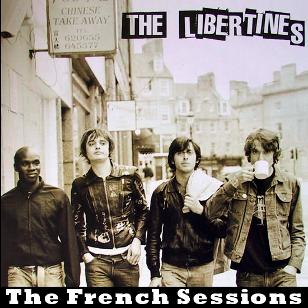