Up The Shambles (DVD) [Babyshambles]

Up the Shambles is a live DVD, released by Babyshambles in 2007. The footage was taken from an early concert in September 2004, and was filmed at the Ritz in Manchester. Up the Shambles features tracks that would appear on Babyshambles' debut album, Down In Albion, released over a year later, in November 2005. The set list also includes unreleased songs and songs by Peter Doherty's former band, The Libertines.
Scottish singer/songwriter Dot Allison, formerly of One Dove, appears as guest vocalist on a number of tracks. 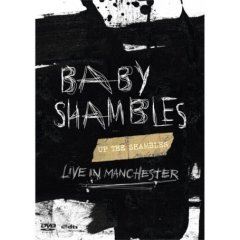