Their Way is the debut single by indie rock group Littl'ans. The band were touring with Babyshambles at the time the song was recorded and Peter Doherty liked the song so much that he asked to sing on the track.
The single was released in October 2005 and reached number 22 in the UK Singles Chart, and number 2 in the indie charts.

Music Video
Doherty also appears with the Littl'ans in their music video for the song, which contains footage of the police interrupting a Babyshambles gig at the Duke of Clarence in August 2005, during which some of Babyshambles' equipment was also confiscated. After the interruption, Doherty and the Littl'ans continue to sing the song outside in the street. The video ends with a request to "please give us our stuff back".

In 2013, Paul Roundhill wrote about the song, and the gig that features in the video:

"There was a knock on the door and Andrew Aveling was standing outside when I opened it. Andrew was a singer song-writer who I had met and grown to like when I briefly joined a Babyshambles tour in Manchester through to Leicester. Andrew was the support act for Babyshambles and in a former life had served in the merchant navy and he had about him a foot-loose attitude - he was charming and relaxed, the perfect companion on a tour bus where tensions easily arose, his wide grin and faux American accent with Whats up Joe? could easily dispel any stress amongst the disparate group forced into close association over the course of a U.K tour in the cramped conditions of the coach.

He rushed into the flat and asked if I had seen Peter or if I knew his whereabouts. I said that I didnt know where he was but I would certainly pass on any message when the opportunity arose. Andrew explained that he had written and recorded a song Their Way with Rough Trade for his band The Littluns and that for the song to be released he required Peters agreement.

Apparently his band had recorded the music with Andrews vocals and Peter had come to the studio and recorded vocals on it in one take only. Andrew was impressed by the fact that Peter had showed up, walked into the studio and without any rehearsal had sung his part faultlessly so that the song had been completed in one take and was ready for release if Peter gave the go-ahead.

Andrew was excited and convinced that the song would be a hit, the engineers believed it would be a hit and all that was required was for Peter to give his permission for his vocal track to be used. Andrew was in a state of desperation - this was his big chance for success and everything depended on Peters say-so.
Andrew played the song on my i-mac and it sounded great it was hard to believe that Peters seamless vocals had been achieved without rehearsal. I promised Andrew that I would do what I could and ask Peter, when I saw him him to give the O.K. to Geoff Travis at Rough Trade. Andrew rushed off to see if he could track Peter down elsewhere.
When I saw Peter next I told him about Andrews visit and he said he would get in touch with the record company. I agreed with Andrew that the song was great and hoped that it would be a no 1 top ten hit as he so fervently believed and wished it would be.

Some time later, perhaps a week or so Babyshambles were scheduled to play at the Duke of Clarence, a pub off the Essex Road in Islington. It was a Summer night and I travelled up to Islington with Mrs Rabbit in her gold V.W. Golf, I think Id been to the Duke of Clarence once or twice before and enjoyed both occasions.

The music seemed excessively loud and the room increasingly packed solid - Kate vanished back out of sight through the door behind the group, the band, their music and the crowd all heaving and swelling towards a climax that was almost sexual in its intensity then without any warning and all of a sudden lights flooded on and the amplified sound cut out, police stormed into the room; the concert was all of a sudden over and everybody ordered to clear the building.

In no time at all the band and their instruments dispersed, policemen began clearing the crowd and ordering events to a close. I found myself being surged out of the door into the street outside where van-loads of uniformed men were ensuring a swift and effective end to the event.

An impassive Johnny Headlock, then Peter concerned for Kate, film-maker Kieron Flynn, Andrew Aveling, The General, Alan Wass all process along the street followed by their crowd, Guy Nesbitt edited the footage so that they are singing and playing as they went. Guy Nesbitt ran ahead continuing filming.

Their way forces your hand,
 you know they like to knock me down but I dont stay down for long, they try to say their way was sound but what a way Ive found. 

The mood somehow remained joyous and harmonious as can be seen in the video for The Littlans My Way which somehow seamlessly the occasion turned into as though choreographed at great expense and seeming professionalism. The video transformed an indignity into a triumph." 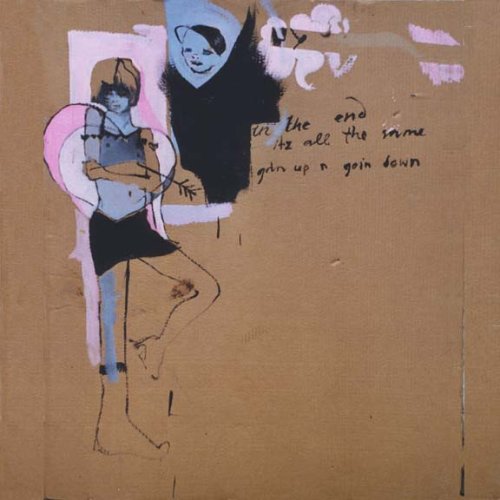