Anthony Pasquale Rossomando (also known as Stan) was born February 21, 1976 and was a guitarist with the rock band Dirty Pretty Things, fronted by Carl Barat. He previously stood in for Peter Doherty in The Libertines, after Doherty was suspended from the band and then sacked due to his drug habits. Rossomando is originally from Hamden, Connecticut, where he was trumpet player in the 1990s ska band J.C. Superska, which also featured The Damn Personals' Ken Cook.

After dropping out of university in his first year, Anthony relocated to Boston. Moving into the first of many overcrowded apartments, he started The Damn Personals with Ken Cook. The band's first tour was with The Brian Jonestown Massacre. Shortly after, The Damn Personals became a mainstay at popular Boston, Providence, and New York indie venues, usually bringing half of the audience back to their rehearsal space for after parties. It was during one of these nights that the band was approached by Big Wheel Recreation's Rama Mayo. He offered The Damn Personals a two album deal and a bottle of juice.

The band recorded their first album, Driver/Driver with Darren Burke, who now works for Tape OP. Their second release entitled Standing Still in the USA, was produced by Michael Demming. Anthony and Ken were behind the writing and concept of the Damn Personals who lived hand-to-mouth and toured the US nearly ten times sharing the stage with the likes of The Walkmen, The Hives, Jimmy Eat World, Piebald, Cave-in, the Explosion, Hot Snakes, Dismemberment Plan, and the Make-up. They also toured Europe and UK once.

In 2003, introduced in a roundabout way by Issac Green of Startime records, Rossomando met Barat in NYC and agreed to fill in for Doherty in an upcoming US tour for The Libertines. He then came back to London to play Top of the Pops and Reading and Leeds festivals. Eight months later he rejoined The Libertines, Doherty having gone AWOL again, to help support the entire worldwide touring campaign for the their self-titled second album. It was during this time when Rossomando and Barat began to formulate their ideas that would later embody the Dirty Pretty Things. Following the demise of The Libertines, he relocated to London; his first real flat after being evicted out of his Boston home a year previous.

In May 2006, Dirty Pretty Things released Waterloo to Anywhere which reached No. 5 in the UK charts, while their first single "Bang Bang You're Dead", in which Rossomando plays the cornet, peaked at No. 3. The band toured extensively in the UK, US, Europe and Japan.

In November 2007, he played the role of Pete Neon in the first episode of the third series of The Mighty Boosh. He spoke about his appearance in the series in the documentary The Mighty Boosh: A Journey Through Time and Space, which aired on BBC3 on March 22, 2008.

Rossomando, as well as the rest of Dirty Pretty Things and The Libertines, has been a long time supporter of the Love Music Hate Racism Campaign, appearing at numerous gigs, shows and festivals for them. On March 1st 2008 he spoke at the Love Music Hate Racism session as a part of the Unite Against Fascism annual conference, discussing racism in his life and why he has so strongly supported the campaign, stating "It is the most important of all the campaigns out there." 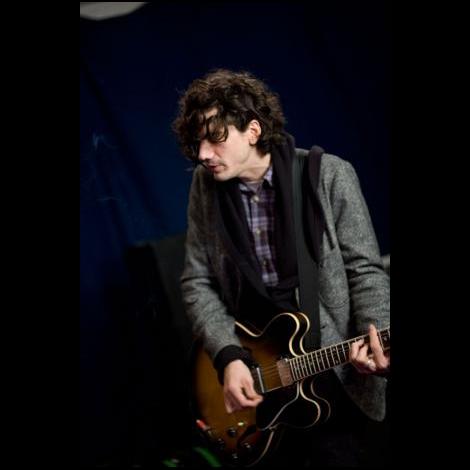