Down In Albion [Babyshambles]

Down in Albion is the debut album by Babyshambles, Peter Doherty's post-Libertines band. The album was released on November 14th 2005, on Rough Trade Records, although it was leaked on to the Internet on October 19th 2005. Produced by Mick Jones, Down in Albion contains a re-recorded version of Babyshambles' second single, Killamangiro, as well as a reggae track, Pentonville. The inclusion of Albion is controversial among fans, due to the song's history as a fan favourite from the days of The Libertines.

Down in Albion is intended to be a concept album, telling the tale of a beauty and a beast. The album received mixed reviews on release, with a general feeling that it sounded "lazy", suffered from bad production and failed to live up to the standard of Doherty's previous material (a few of the tracks on this album made their debut on various sessions recorded by The Libertines). The first track, La Belle et la Bete (French for "Beauty and the Beast"), features the vocals of Doherty's then-girlfriend Kate Moss, and Pentonville was written by Doherty and The General, a friend he met whilst an inmate in Pentonville Prison. The artwork for the album, featuring the French Dog, was created by Doherty.

In 2007, Doherty said of the record, "The thing with Down in Albion, it starts really well and then it kind of changes into a different record. It kind of flummoxes itself, because it was recorded at all different points and then people were coming and going. At one point Pat had turned up once in three months. His father died while we were making it and it was just sort of tragedies and comedies." 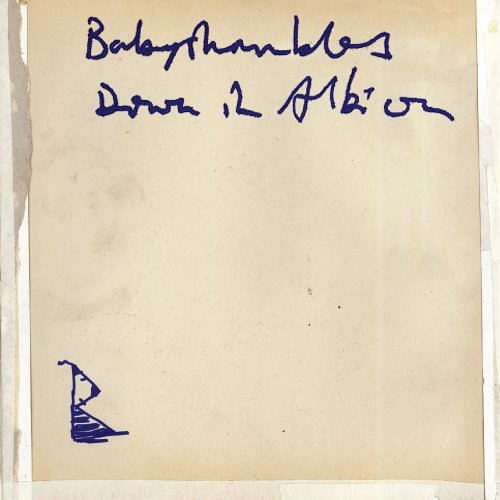