The River Audio rehearsals are a set of five tracks that were recorded by The Libertines sometime between 1997 and 2001, in London.

Out of the five tracks that were recorded, only one "Lust of the Libertines" is available to fans, as it was leaked onto the internet. Alternate (live) versions of Kitten, Lean as a Runner Bean and The Domestic exist, however, whilst Glee Malorey has never been heard by fans. 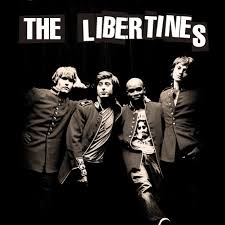