The Blinding EP is the debut EP by English indie rock band, Babyshambles. It marked the band's first release since signing with major record label Parlophone . The EP was released on 4 December 2006 in the United Kingdom to overwhelmingly positive critical reviews by that label's off-shoot Regal Records[1] and on December 5 in the United States by Capitol Records. The EP entered the official UK Albums Chart at #62 on December 11, 2006, while the title song entered the download chart at #77. A week later, an entry on the band's official MySpace blog stated that had a fifth track not been added to make the EP ineligible in the UK Singles Chart, The Blinding would have entered that chart at #4. As with their debut album , Peter Doherty designed the artwork for the EP.

Music magazine NME reported in October 2006 that the band had recorded eleven songs including those on the EP, and the following tracks not featured on the EP: "I Can See from Afar", "Anguish" and "Stung Me Like Life" [2] . Fans have speculated that "Anguish" and "Stung Me Like Life" were simply names of songs I Wish and Stone Me, What A Life , which were misheard by the journalist. 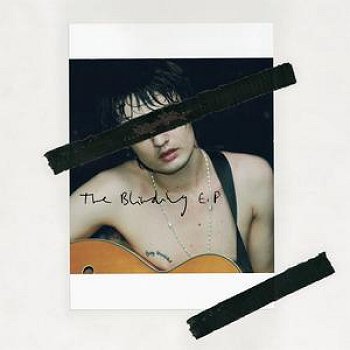