Mik Whitnall (also known as Mick or Michael, born 7 November 1968 in Doncaster) is the present lead guitarist and songwriting partner for Peter Doherty's rock band Babyshambles, replacing former guitarist Patrick Walden. When he was a young boy, Whitnall lived in South Africa for a time while his father worked there. Like Doherty, Whitnall is thought to have been a frequent drug user.

Before he joined Babyshambles in 2006, Whitnall played with Kill City, the band fronted by Peter Doherty's ex-girlfriend Lisa Moorish, and also in formations including Finley Quaye's band, ska band 100 Men and 1980's oi/punk outfit Skin Deep. For a while Mik was a sound technician for Babyshambles and Doherty, and turned up regularly at their live shows. When Babyshambles played the NME awards in February 2006, Mik played the mouth organ: thought to be his first television appearance with Babyshambles.

On Babyshambles single Delivery, Mik provided the vocals to a version of I Wish for which he was also given songwriting credit. He also has credit for six of the twelve songs on Shotter's Nation, including Baddie's Boogie and Deft Left Hand. Babyshambles have apparently been into studios to record 9 demos for their third upcoming album, with rumours saying it may be produced by Stephen Street. Peter Doherty further stated in an interview that Whitnall is writing all the music for the new album, leaving him to compose the lyrics. 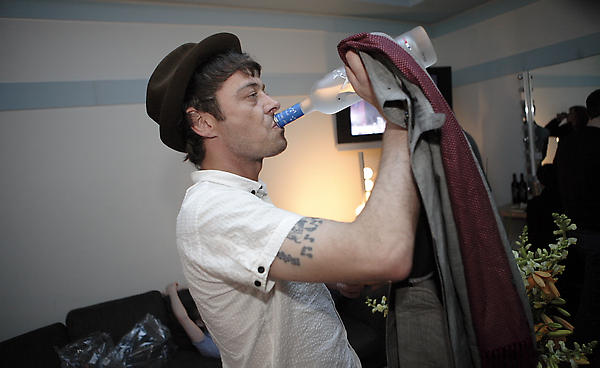