Ice Cream Guerilla (previously Motherfucker) is the title of the third, and most recent, single by Peter Wolfe, released in May 2005 by Beyond Bedlam Recordings. The single reached No. 60 in the UK singles chart, making it Wolfe's least successful release. The B Side to the CD and 7" versions of the single is Wolfman; an autobiographical song featuring, and co-written by, Peter Doherty. A music video for Ice Cream Guerilla exists, directed by Andy Lee. 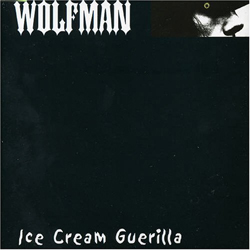