Scarborough Steve (real name Steve Bedlow) was the former singer of both The Libertines and Babyshambles. He was one of the founding members of The Libertines (Doherty/Barat/Bedlow), and is still a good friend of Peter Doherty and Carl Barat.

Although he was in both bands, no Libertines or Babyshambles tracks featuring Scarborough Steve have ever been made available to fans. Sometimes the vocals on the original Tell the King demo (which features on the Don't Look Back Into The Sun CD) are said to be those of Bedlow, this is, however, false. In the appendix of Bound Together, a recording session called Endeacott's demos is listed, recorded sometime between 1997 and 2001. During this session two tracks were recorded; Thru The Looking Glass and Mockingbird, both featuring Steve Bedlow on vocals, however, neither of these tracks have leaked online.

After leaving Babyshambles in 2003, Steve carried on with his other band the IVs, formed in 2002. And was the singer and guitarist of The Cracksquirels. 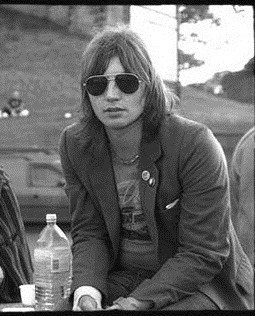