Adam Steven Ficek was the drummer for Babyshambles, joining the band in January 2005, following the departure of Gemma Clarke. Prior to joining Babyshambles, Ficek used to teach drum lessons in schools, including the Knights Templar School in Baldock and Sir John Lawes School, both in Hertfordshire. Ficek has also previously been in two other bands; he played drums for The White Sport, a band who supported The Libertines and Babyshambles, with Andrew Aveling (who is now in a band called Littl'ans) and former Babyshambles member Patrick Walden and also played drums and provided vocals with Mains Ignition. Adam has played vibes, piano and drums on two crossover albums with various musicians on the London jazz scene.

Ficek worked on his side project, Roses Kings Castles between 2007 and 2015. After releasing songs on the internet via his Myspace, Ficek released his first single "Sparkling Bootz" in April 2008. He also released his solo album, titled "Roses Kings Castles," on September 22, 2008.The first RKC tour took place in January 2009 in 19 venues across the United Kingdom with a European tour soon after. January 2009 saw the release of a limited edition cassette featuring new demos which were later rerecorded for Suburban Timebomb. In August 2009, Roses Kings Castles released the EP Apples and Engines.

The second full length Roses Kings Castles album Suburban Time Bomb was released in December 2010. The release was backed by a full band tour of the UK, Europe and South East Asia. In 2011 Roses Kings Castles became RKC and released a free single "Here comes the summer". On 31 October RKC released the album "British Plastic." It contained 11 tracks (all written by Ficek). Ficek played all instruments except for guitar which was played by ex-White Sport and Ex Babyshambles member Patrick Walden. RKC have recorded material previously played by Babyshambles, including "352 Days (Drunken Jam)" and "Pretty Sue".

In late 2008, Adam began blogging regularly about his experiences in the music industry on Ficek Blog: The Online Scrapbook of Adam Ficek. The blog is no longer updated. He possesses a Twitter account which is still frequently updated, a Last.fm account and sometimes posts on French Dog Blues, where he has been known to sign his posts "Adam Tokyo".

Roses Kings Castles was a side project of ex-Babyshambles drummer, Adam Ficek, described on its official MySpace Page as; "Roses Kings Castles  the music, the concept  always existed, but has only been born of late. The music: a cobblestone bridge lying somewhere between the pastoral warmth of a tree and the suburban, quixotic pop of an engine. The concept: an all inclusive, care in the community, musical workshop of evolving ideas. Directionally guided by sole member Adam Ficek, the project first came to fruition during intervals within first love, Babyshambles. Thus began the perfect platform to air and share the artists songs and melodies."

Roses Kings Castles was initially set up in 2007, as a formal creative feed for Babyshambles and as a platform on which to build and air Ficek's own musical ideas, which were "too pop" for Babyshambles. "It's an outlet for putting stuff out, just demos that I've been working on", states Ficek.

After releasing songs on his Myspace, Ficek released his first single, Sparkling Bootz in April 2008. On 22nd September 2008 a self-titled album was released, preceded by a second single, Entroubled. Roses Kings Castles' third single, Horses was released in December 2008, to compete in the Christmas charts.

The first Roses Kings Castles tour took place in January 2009 in 19 venues across the United Kingdom with European dates cut short due to illness. On August 10 2009, Roses Kings Castles released an EP, Apples & Engines, on CD and 7" which was limited to 500 copies of each. Artwork for the EP was created by Giorgia di Lello. Another single, 'One Born Every Minute' and new album 'Suburban Time Bombs' were released in late 2010, with demos of the songs available to download, prior, from the internet.

In 2011 Roses Kings Castles became RKC and released a free single "Here comes the summer". On 31 October RKC released the album "British Plastic." It contained 11 tracks (all written by Ficek). Ficek played all instruments except for guitar which was played by ex-White Sport and ex-Babyshambles member, Patrick Walden.

In 2014, Ficek released his fourth album, RKC4, via bandcamp.com. He posted on Twitter about a potential physical release of the work, to come in 2015; "A label want RKC4. That's 5 records I've made. Another next year. I quite like it. But need a job to pay dem bills."

In 2016, Ficek announced that the time was right to release an EP under his own name, rather than the RKC brand. 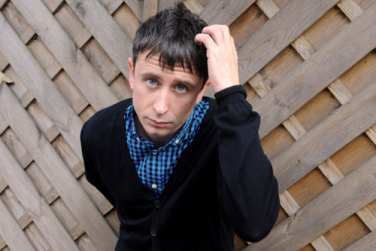