Drew McConnell (born November 10, 1978 in Dublin, Ireland) is the bass guitarist and backing vocalist for Babyshambles. He took over on bass after Peter Perrett Jr left the band in 2004. McConnell grew up in Spain and completed a bass degree at the Institute of Contemporary Music Performance (ICMP).

Formerly a member of the band Elviss, he currently also participates in a number of side-projects as well as writing and recording solo material. McConnell organizes a musical collective named Helsinki, with which he has performed solo material as well as versions of Babyshambles songs, such as a swing version of their single, Delivery. In addition to Helsinki, he is in the bands The Phoenix Drive and Mongrel and has played double bass and piano with Irish singer/songwriter Fionn Regan. His newest group is The Traitors who formed on the 15th of December, 2008. More recently, McConnell has supported Carl Barat on bass in solo gigs following the break up of the Dirty Pretty Things.

During Babyshambles' recording of Shotter's Nation, McConnell would keep internet users up-to-date by posting a blog on MySpace, describing what had been going on in the studio each day. Following the album's release in 2007, his blog detailing the band's experiences while on tour was also published in the Guardian. As well as posting on his MySpace, he sometimes posts on FrenchDogblues.com under Doherty's username, and on the libertines.org forum.

He is heavily involved in the Love Music Hate Racism movement, contributing a song with Babyshambles to a CD given away free with a copy of NME in 2007, and also playing the LMHR carnival with Helsinki in 2008 as a replacement for Babyshambles (as Peter Doherty was in prison at the time of the show).

In 2011 Drew was in a horrible accident. A car hit him while he was on a bike, breaking his spine in 3 places, 5 ribs, a shoulder, knee and in Drew's words "basically mangling me up good and proper. While recovering, I decided to spend a little time in isolation on a tiny stretch of coastline called The Coast Of Silence. I didnt speak to anyone for over a month. The chaos, noise & carnage of the recent past fell away, leaving me on the shore, staring at the ocean in front of me, infinite and comforting.

Helsinki is the sideproject of Babyshambles basist Drew McConnell. Helsinki, is a nickname that Drew's friend Jamie Morrison gave him. Jamie (drummer) and Drew have played together around London for years, with a gradually increasing pool of musician friends. Whenever a show consisted predominantly of songs Drew had written, it tended to get billed as Helsinki.

The bands existence became further galvanised when They were asked to record a song for a Love Music Hate Racism CD. They ended up cutting four songs (but only released Ampersand). Drew wrote on his website that Late 2013 will see the Helsinki mob return to the studio with Producer Stephen Street to finish a full band album. Excited about that.

Though the recorded music is just Drew, the project has of late become very much a collaboration. In this instance however not with other musicians, but an artist called Barney Bodoano. Drew said Barney has representing, the feeling of the music from the Coast Of Silence songs in visual form. 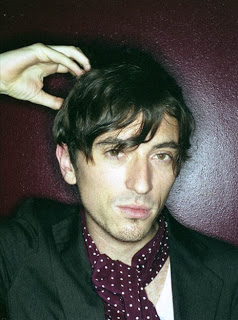