You Talk is the second single from Babyshambles' second album Shotter's Nation. The single was released on 3 December 2007, reaching number 54 on the UK Singles Chart after its first week on general sale.

Pete Doherty designed the artwork for the single.

The acoustic versions of the songs "Carry On Up The Morning" and "UnBiloTitled" appearing as B-sides for the CD are from the Stookie + Jim - BumFest Demos. The only new song to be released as a B Side featured on the 7"; Revelations, which featured rapper, MC Purple. 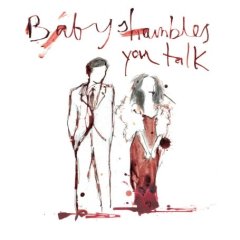