Patrick George Walden (born October 5, 1978) is the former guitarist for Babyshambles who played with the band up until 2005. Prior to joining Babyshambles, Walden belonged to a variety of London groups, among which were Fluid, the Six Cold Thousand, and The White Sport. He played guitar for White Sport alongside another future Babyshambles member, drummer Adam Ficek.

Walden co-wrote a number of Babyshambles songs with Pete Doherty. One of them, Man who came to stay, was released as the B-side to the Killamangiro single in November 2004. Other Doherty/Walden compositions include Top-10 single Fuck Forever, Loyalty Song, 352 days, In Love With a Feeling, Up the Morning, Pipedown, The 32nd of December, and 8 Dead Boys. He co-wrote six of the sixteen tracks that made it onto Down in Albion, Babyshambles' debut album.

At Babyshambles' live shows, he usually performed using an Olympic White 1960 Fender Jazzmaster, with a 1985 Jazzmaster and a 90s American Stratocaster as backups. Often citing experimental guitarists like J Mascis, Thurston Moore and Jimi Hendrix as early influences, Walden's unusual playing style set Babyshambles apart from other bands in the East London music scene. It is reported that the foot pedals he used whilst in Babyshambles were; Boss CE-5 (chorus), Boss GE-7 (graphic equalizer), Boss DD-3 (delay), Boss TU-2 (tuner), a Marshall Footswitch, an AB Switch and a Korg Tuner.

In December 2005, Walden left Babyshambles. The band continued to perform under the same name, but did not replace Walden with a different guitarist immediately. In the January 10, 2006, issue of NME, Walden's departure was officially announced. However, on January 23, 2006, Walden turned up to play guitar for the Babyshambles at a gig in the Junction, Cambridge. He returned again to the band in February and played several of the gigs on the band's tour. Walden was supposed to have played with Babyshambles on their Nov/Dec 07 Arena tour. The band released a statement saying that he had dropped out at the last minute, even after travelling with them on the tour bus. Walden later stated that he did not appear on stage because there were drugs about, even though it was supposed to be a drug-free tour. Furthermore Walden stated that his successor, Mik Whitnall, didn't want him to play with the band anymore.

A message was posted on The Official Libertines Forum that stated (as of 8 May 2007) he has been 'clean' of heroin for six months, 'even off the methadone', and on June 30th he appeared onstage, for the first time in London since leaving Babyshambles, with the Rebecas at the Vice Magazine run venue, The Old Blue Last.

Walden appeared at the Rock Against Racism 30th Anniversary Show at the Hackney Empire on July 19, 2007. He played Babyshambles' classics with his old band mate Drew McConnell. The set list included The Man Who Came to Stay and 8 Dead Boys. On August 3, 2007 played a small gig in Hackney with all of his former Babyshambles bandmates (as well as Mik Whitnall) for friend Peter Wolfe's (Wolfman's) birthday. Currently, he plays guitar in the band Big Dave alongside former Babyshambles drummer, Seb Rochford, and bassist Ruth Goller.

On 15th May 2009, Doherty, Walden played with Babyshambles at the Rhythm Factory to play a tribute gig for Jonny Sedassy (aka Jonny Rhythm), a friend of The Libertines who passed away earlier in the year. They closed the night with Pipedown and Fuck Forever. 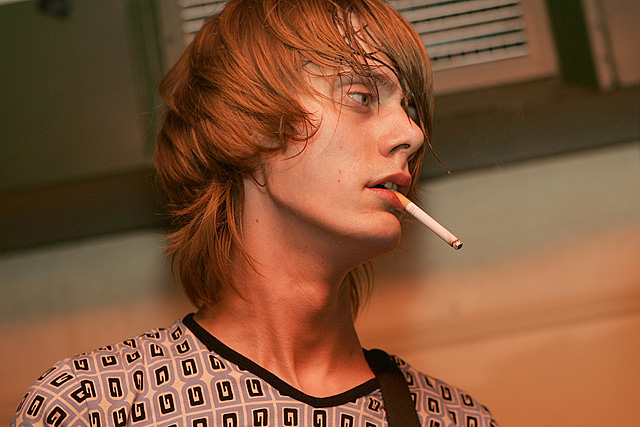