The gig comes after an exciting time for Barat, following the announcement earlier this year that The Libertines would be reforming following their split in 2007 and a short reunion in 2010. The band triumphed in the summer at Hyde Parks British Summer Time and later a concert at North Londons Ally Pally, the group also revealed that theyd be working on new material around this time.

Support came in the form of sixties inspired, psychedelic and prog duo, SLVRFURS and the grungey/garage rock delights of Demob Happy. Both talented bands, received well by the audience and adding a bit of contrast to the headline act.

The sell out show was the last stop on a nationwide tour of smaller club venues and provided the perfect setting for the onslaught of teenagers and twenty-somethings pledging their allegiance to the ex Dirty Pretty Thing.

Rest of the review right here. 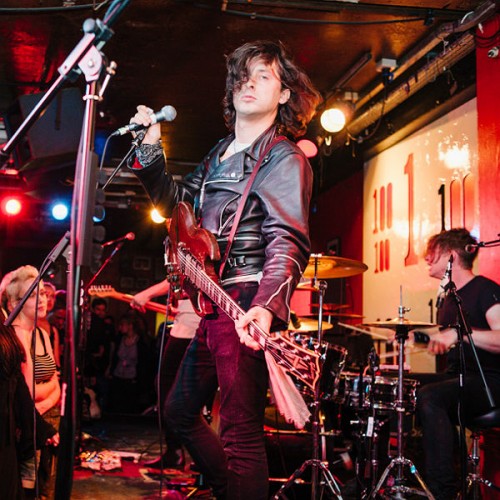