100 Men were a ska band formed by Mik Whitnall and Mathew (Stig) Welch after the split of their band Skin Deep in the early 1990's. This time Mik took lead vocals and rhythm guitar. They recorded and released 'Time is Tight' as a promotional only flexi disc. In 1998, they appeared on the various artists' compilation "Licence to Ska" with the song "Yeah Yeah Girl". The track also appeared on a similar compilation released a year later called "Ska - The Ultimate Collection". Both releases were budget compilations.

100 Men at The London Internation Ska Festival, Mars 2013 were they play I Get Along from The Libertines around 6:30 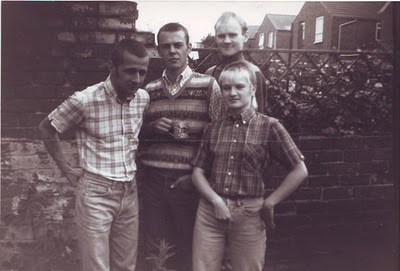