Untitled (sometimes known as Shaken and Withdrawn Megamix CD2) is a set of demos released by Peter Doherty shortly after he was kicked out of The Libertines. At the time of its release, The Libertines had split up, and Babyshambles had only just released their first single, Babyshambles. Untitled was uploaded to the Official Babyshambles website as a .torrent file, tracked by Andrew Kendall. Many of the tracks included in the session, Arcady, for example, had not been properly recorded previously.

When Andrew Kendall uploaded the content of Doherty's My Music folder in April 2006, it contained a folder called "Unknown Album (08-04-2004 06-36-46)", inside of which were The Liverpool sessions. The Liverpool sessions were comprised of the same recordings as the Untitled album, with a few differences. In the Liverpool sessions, Don't Look Back Into The Sun had been cut out, and two extra tracks had been added: Smashing and Breathe, a cover of the song by Blu Cantrell (featuring Sean Paul). 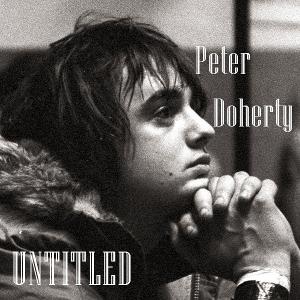